Balah el sham (egyptian sweets). Made with sugar, flour, lime, and vanilla and deep-fried, this crispy Egyptian dessert, called balah el sham, is a delightful finger food. Probably one of the most syrupy Ramadan sweets of them all, Balah el Sham are crunchy on the outside and sweet and chewy on the inside. They're best eaten with a dash of yogurt or with strong coffee to break up that intensity of sugar. 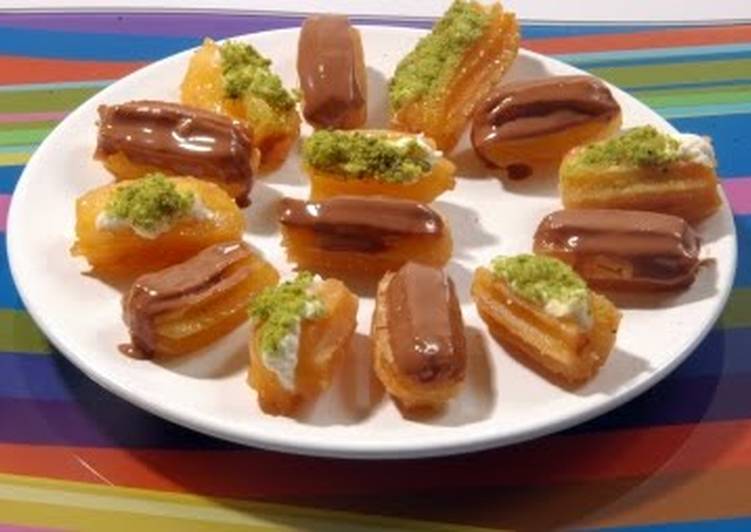 It is the essence of egyptian sweets. It is easy to make and can be stored well. Since he is always used cold, it is advisable to produce it in stock. The recipe can be halved if you only need a sugar syrup for a pastry.